The United States of Dramerica 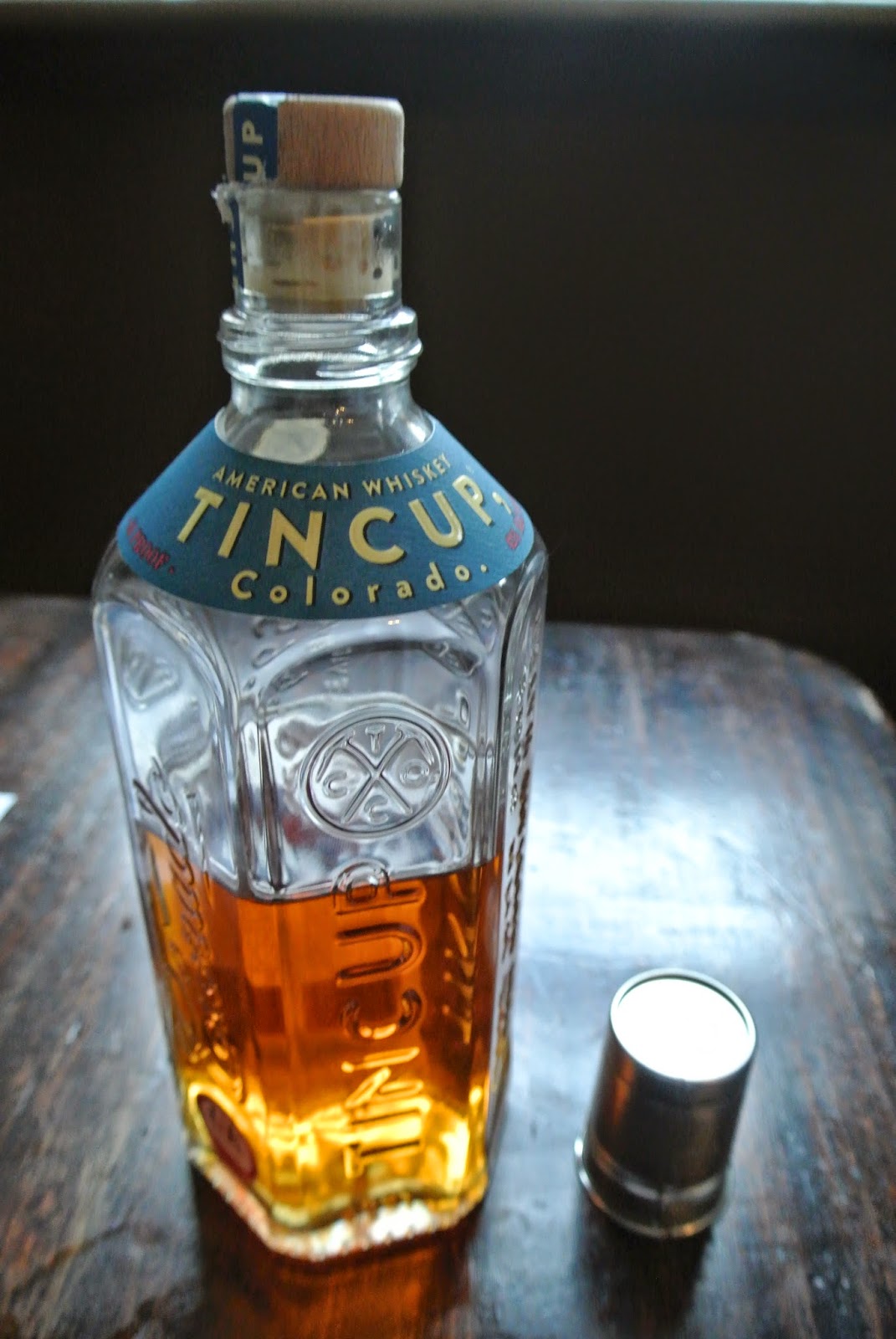 Jess Graber started to play around with distilling many years back. In 2004 he turned his hobby into a business and that was how Tincup came into existence.

The whiskey is named after the rich mining heritage of Colorado during the Gold Rush. The miners would take to having their daily libation from the tin cups that were around at the time. The bottle actually comes with a tin cup lid too. Matured for 4-5 years.

This is a high rye content bourbon whiskey. You could almost say a bourbon/rye hybrid in terms of flavour. The nose was very spicy sweet with clove and the palate rich, spicy and very long on the finish.

For around the £30+ mark you can't argue with that.

Named after the original distillery founder, Willett's whiskey is produced by Kentucky Bourbon Distillers, the same people who make Kentucky Vintage that we had last year and the Noah's Mill in this post.

For the past few years, KBD's distillery has been undergoing improvement works and rumours are that they have actually been using Heaven Hill distillery to make their more recent products. This whiskey comes in a bottle that gives a nod to the pot still that it is said to be made in (although a column still is thought to be used for secondary distillation).

The nose was much deeper than the tin cup, not as tinny! Tasters mentioned plums, brown sugar and raisins, on the palate people said dark chocolate and a bittering medium finish. 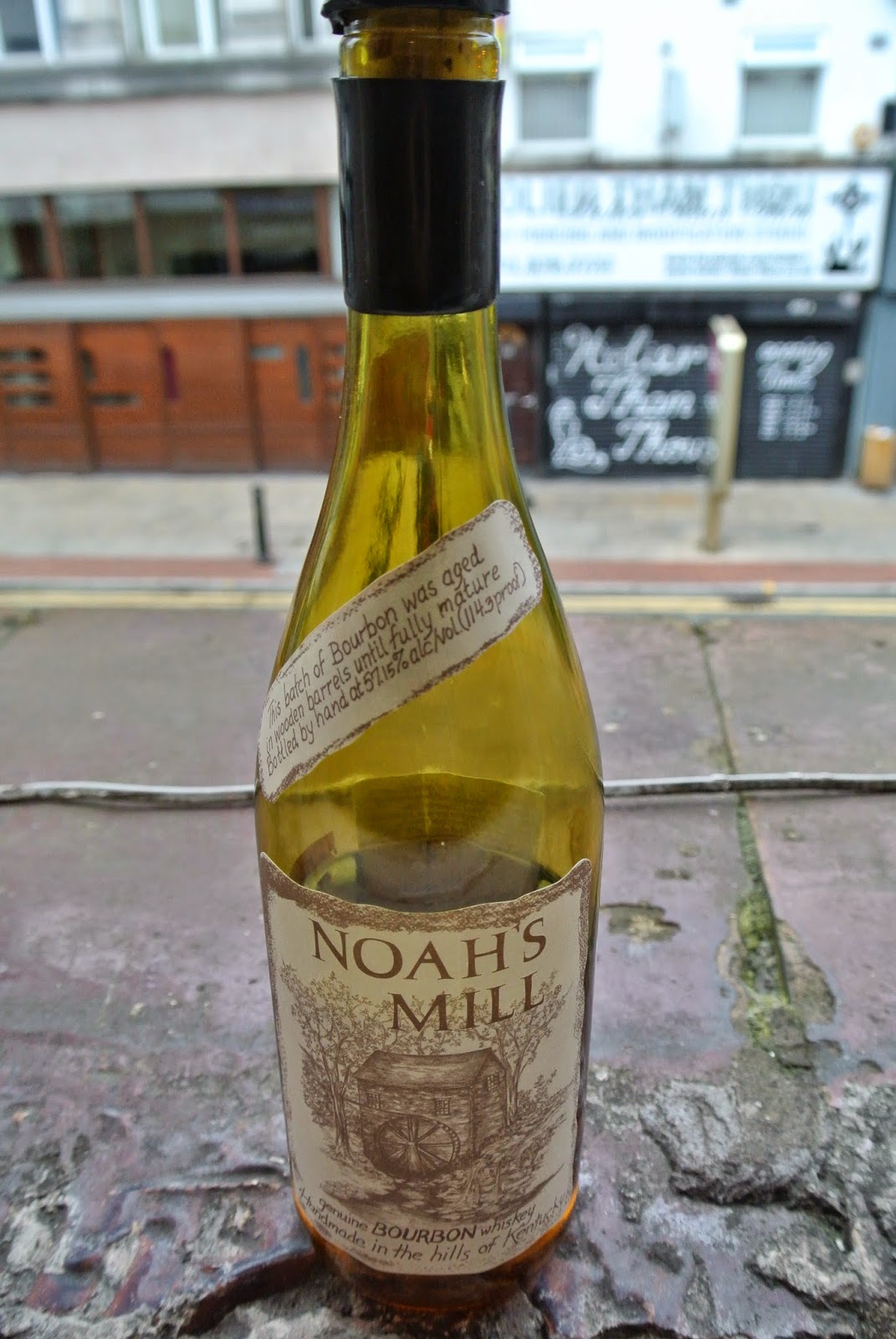 Our second whiskey of the night from Kentucky Bourbon Distillers and this time it's the turn of the head turning Noah's Mill. Bottled at a hefty 57.1%, unusual for bourbon given the demand and production methods, Noah's Mill is tentatively approaching as craft presentation.

Noah's Mill used to be a dedicated 15 yr old whiskey however it now contains whiskey between 4 and 20 years of age with no age stated on the label.

The nose was very tight at first with raisins, vanilla, cinnamon and tobacco with a spicy, almost perfumed palate as someone pointed out alongside herbs and oak. For those that tried with water it was said that more chocolate and grain notes became present but in some ways took away the depth on the palate.

A great small batch bourbon with a surprisingly smooth profile considering the strength although still packs a fair amount of punch! £50

Corsair Ryemageddon- 46% (Tennessee)
Our penultimate dram came in the form of the only dedicate Rye of the night. Produced by small self professed 'artisan' distillers Corsair based in the Bible Belt town of Nashville Tennessee. Corsair are creating some very interesting experimental and small batch spirits and are starting to build a name for themselves in the market.

So why Ryemegeddon? First of all a great name for a product, very light hearted showing that these guys are enjoying their craft. What sold this bottle for us though is that it contained a mashbill of Rye (obviously) and chocolate malt like that used ins some of the delicious dark rich beers we at the MWC enjoy so much inc porters and stouts.

The nose was sweet with a lot of people immediately making reference to the chocolate malt influence, Cacao powder, dark chocolate, spice and surprisingly supple for a Rye which is normally seen as Bourbon's fiery cousin. The palate was silky in texture with more mentions of chocolate based sundries, nesquick milkshake, then with a grain and vanilla influence from the rye itself.

A fantastic dram it has to be said and great to try something so unique. Available from The Whisky Exchange for £45

No USA tasting in modern times would be complete without paying homage to one of America's rising stars from the Lone Star State. We featured Balcone's True Blue in our last USA tasting in 2013 here. However this year we plumped for a bottle of the famous Brimstone.

Brimstone is very unique in that the whisky (Brimstone refer to it as Whisky not Whiskey) is smoked. However, when we say smoked we don't mean like Scottish whisky where the barley is dried by burning peat oh no no no. Chip Tate and the team actually smoked the distillate itself using texas scrub oak chips. The same distillate as True Blue using Blue Corn. The result? Well...

"Frazzles!" "Pork Scratchings!" "BBQ Ribs!" were the immediate cries upon first nosing the freshly poured drams. After this there were mentions of gammon steak, wood smoke, chipotle and sweetcorn. On the palate everyone was quiet for an unusual amount of time.. "savoury" seemed to be a running theme with various barbecue meats listed with a long lingering finish that many of us had with us the following day.

The overall favourite of the night was hard to determine as we had a 50/50 split between Brimstone and Willet with Ryemageddon bringing in 3rd place followed by Tincup and Noah's Mill bringing up the rear. 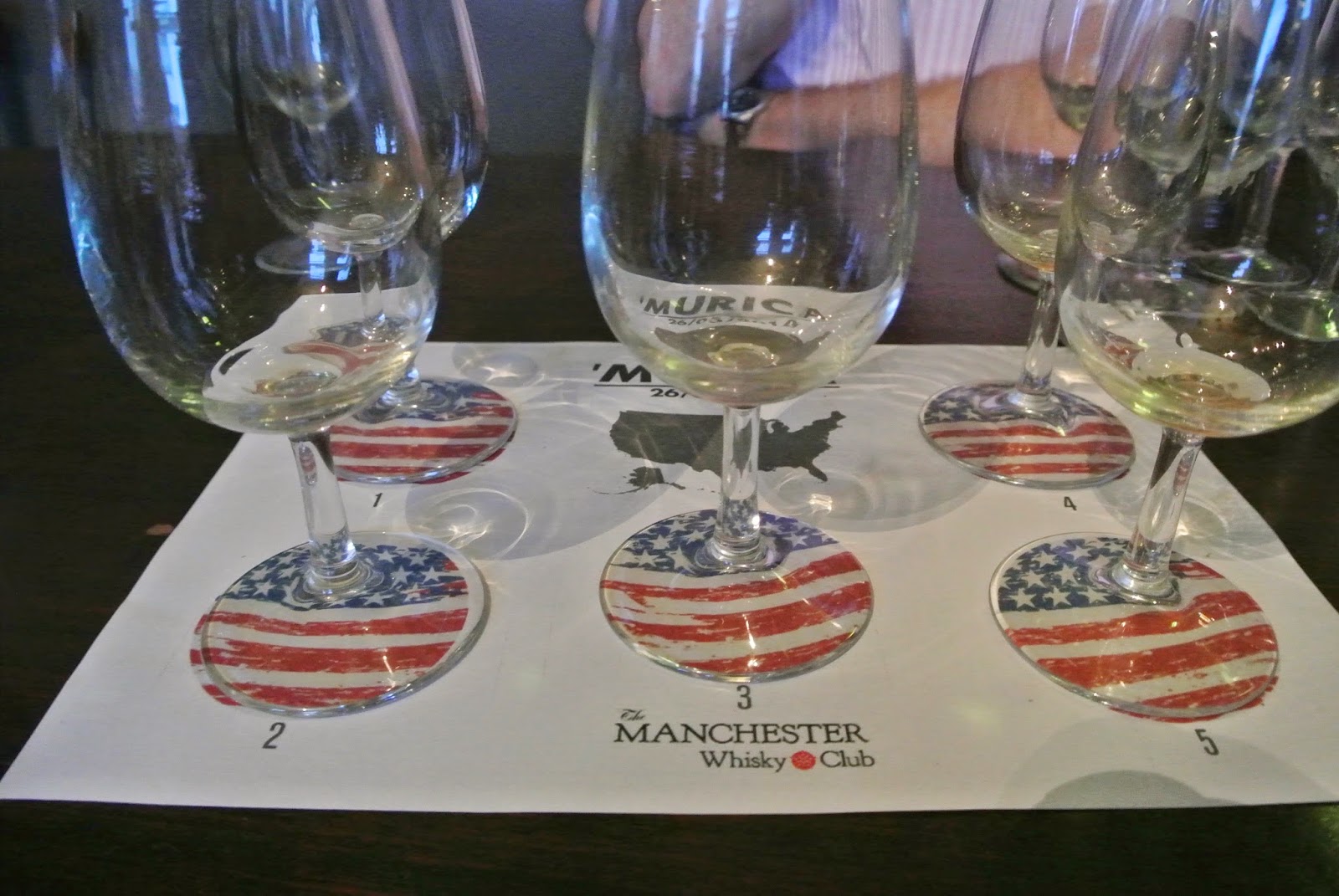 5 great expressions showing the variety and quality you can now find in the American whiskey industry.
Posted by Manchester Whisky Club at 7:57 PM