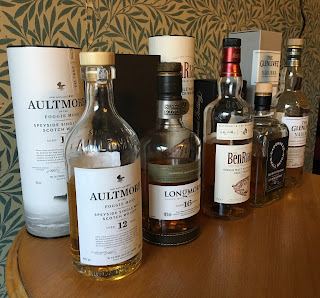 The latest monthly tasting was a springtime Speyside special. And while some unseasonal Manchester hailstorms raged outside, we enjoyed a cosy evening upstairs at the Britons with a fine selection of drams. 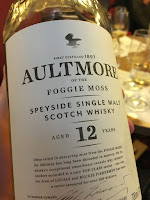 First up was this 12yo Aultmore. Hopes were high after the particularly good independent Whiskybroker bottling of a 25yo sherried Aultmore went down extremely well at a tasting last summer, but this particular drop ended up getting more solid rather than spectacular reviews from the group.

Very light and pale and with a definite hint of apples and pears, it reminded at least one drinker of the Tesco Finest whisky we'd had at January's budget supermarket night (not necessarily a bad thing, the Tesco dram had been well received and not just because of the amount of Clubcard points it could earn you). Currently retailing at the £42 mark, there's certainly better bottles available for the price. 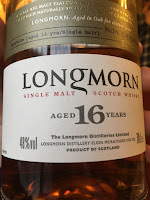 The evening's whisky master, Tom, came up trumps with the next bottle. This now-discontinued 16yo Longmorn was sourced from Manchester's World of Whiskies, and was one of the last they still had. Hearing this, Tom wisely secured one for himself and one for the club, which is of course as it should be.

There was more apple here and a hint of lemon, although some of us thought it a little chemically. Now retailing in the £70 bracket, considerably more than Tom got his bottles for, the club generally agreed it was now a bit pricey. A reasonable dram all the same, though.

BenRiach is one of the club's favourite distilleries, with expressions such as its 17yo Septendecim getting a delighted reception at past tastings. And the bottle of Cask Strength Batch 1 we had on this occasion proved to be another to add to the list. 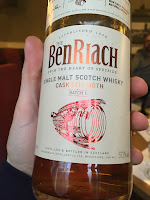 Some thought this creamy and others noticed vanilla, but many were pleasantly surprised by how drinkable it was at 57%. So pleasantly surprised in fact, that before long phones were out and bottles were being ordered all over the room at the good value of price of £52. We think we ended up getting nine between us, a new club record!

While no doubt all contributions to the BenRiach coffers are welcome, this was not the only significant financial injection they received last week. Boss Billy Walker announced he had sold BenRiach, along with sister distilleries Glenglassaugh and GlenDronach, to Jack Daniel's owner Brown-Forman for £285m, with a third of that going to the Walkers themselves. 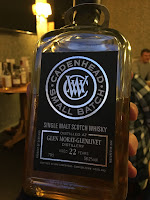 The Aberdeen Press and Journal quoted Billy as saying "it really isn't about the money" which we're sure is true. But then, £95m never hurt anyone.

On we went with another great whisky, this time a Cadenhead's bottling of a 22yo Glen Moray. Initial thoughts were that this was basically an alcoholic Bakewell tart, something of an achievement considering the Peak District is about 400 miles away from Speyside.

It really was very nice indeed, although the price tag (nearly £90) meant there wasn't the same rush to snap it up on the night. One to ask Santa for, perhaps. 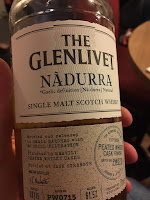 The last dram of the night was also the strongest, the peated Glenlivet Nadurra (it means 'natural' in Gaelic) coming in at 61.5%.

It certainly tasted like it which led to a mixed reception from the crowd, some enjoying sensation of having a whisky that slaps you around the face a bit, others finding it a bit off-putting. But at less than £50, it's good value if you like that sort of thing.

The voting for dram of the night initially came down to a tie between the BenRiach and the Cadenhead's Glen Moray (the Glenlivet had a couple of staunch supporters, too), but the BenRiach just got the nod in the end.

Thanks to Tom for an excellent selection of whiskies and thanks once again to the Britons for being gracious hosts. We're all looking forward to May's tasting already. 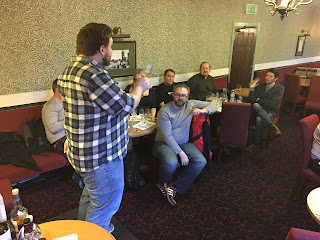