Our May tasting was hosted by Ibon Mendiguren from The Loch Lomond Group, who brought with him 6 stunning drams from Glen Scotia: 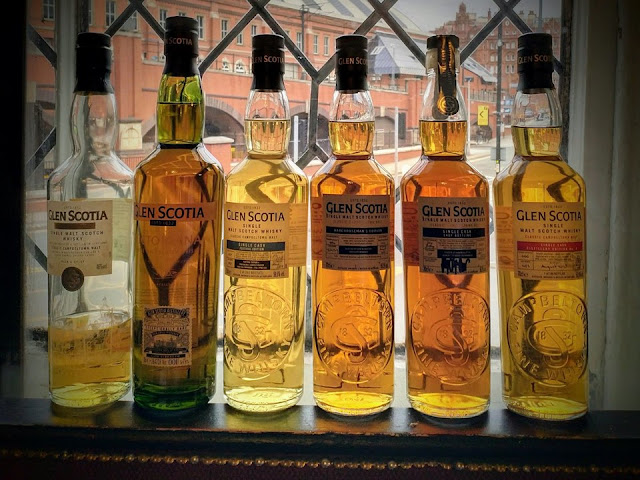 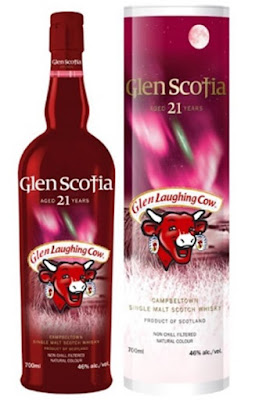 In the Victorian age, Campbeltown was known as the whisky capital of the world. Glen Scotia is now one of only 3 remaining distilleries in the Campbeltown region and it continues to produce two whisky styles, peated and non-peated. Over the years the quality of the whisky has improved with longer fermentation and vatting of the malted barley as well as a slower and more careful distillation. Whilst there were always excellent indy bottlings of Glen Scotia availible, the official releases tended to be a little lack lustre, and as to the packaging... well that was Cow-Shit!
The new owners of Glen Scotia have not only vastly improved how their bottles look (not a cow in sight), but also what goes into them.
I was a convert the first time I tried Victoriana a few years back and after trying dram #5 a few months back, it’s still one of my stand-out drams of the year!

Thanks to Glen Scotia’s, squat pot stills and horizontal lyne arms, a lot of the fermentation related flavours make it through to the cask. As the distillery also employs really long fermentation times the means the spirit has an oily, waxy, character with plenty of fruity esters. With their own cooperage at their sister distillery; Loch Lomond, Glen Scotia has full control of what sort of wood the spirit goes into. This includes wide range of FF bourbon barrels as well as sherry and wine casks.

As Anna and Martin were busy on Islay (bird watching I presume), I was flying solo on the night, so thanks to Dave and Chris for their efforts on twitter which bear a striking resemblance to the post below. Their combined tasting notes make for some interesting reading. 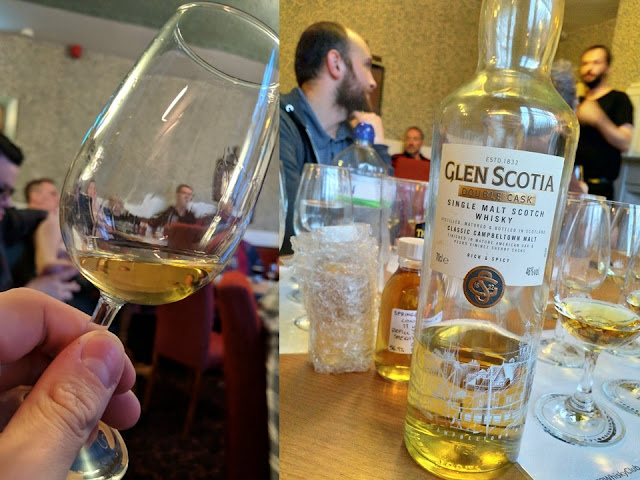 Dram the second! Victoriana, NAS 54.8% and ~£75.
This 3 cask combo.. is a mix of FF bourbon, heavily charred American oak and Pedro Ximénez sherry casks. Mellow sweet nose, super rounded gassy but smooth taste. Very nice :)
"Fucking love this dram" says our host. Blended to recreate the sweeter, stronger style of whisky favoured by Victorian drinkers, Victoriana contains a mix of 12-18y.o. components. The mix around 70% American oak to 30% PX with a 90:10 split between unpeated and peated (~50ppm in malt) spirit. Spicy and jammy to start, with a very layered and slightly smoky finish. 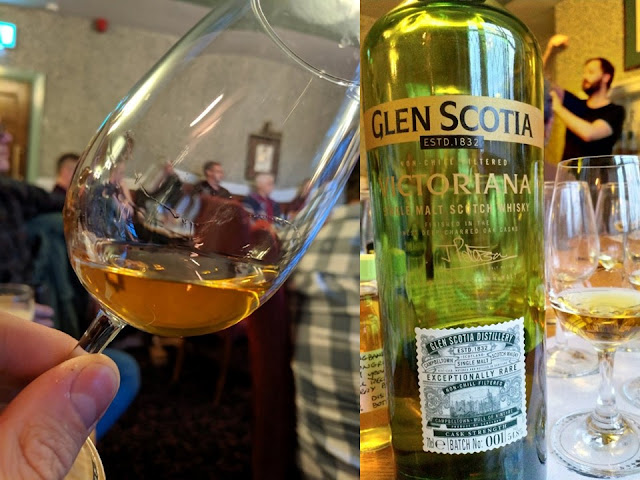 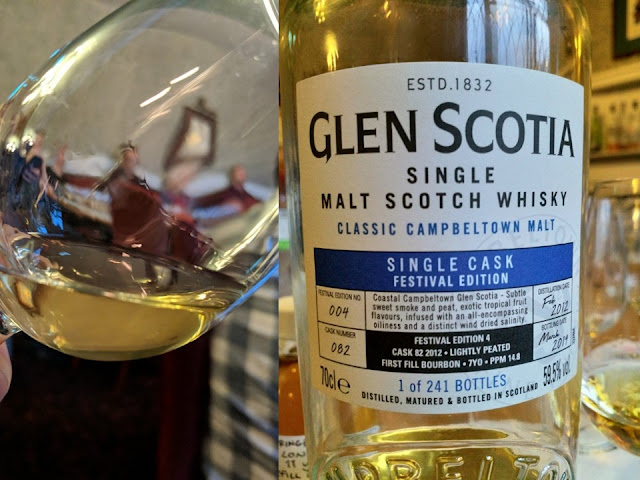 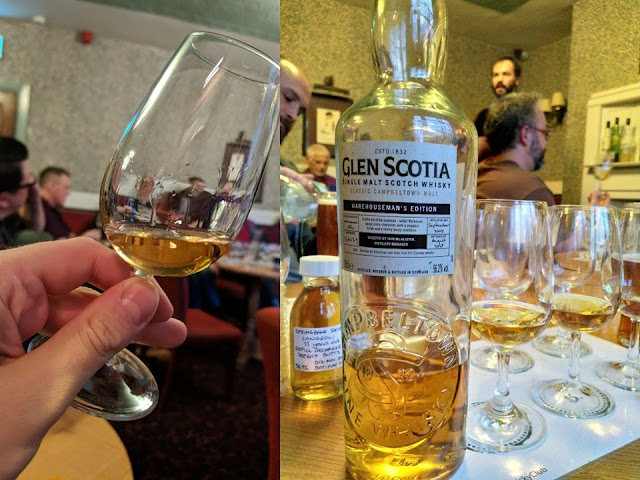 Whiskyglas fünf!  - Bottle Your Own, Cask #117, 8y.o. 58.3% ~£75 (distillery only)
Another Limited Edition, first-fill bourbon matured with 18-24 months in oloroso. Whisky in its purest state, the smell is seaside mixed with a GPs practice… not a bad thing. I can't describe the taste… Oily, salt watered/coastal, deep, Amazing! Clynelish on steroids! 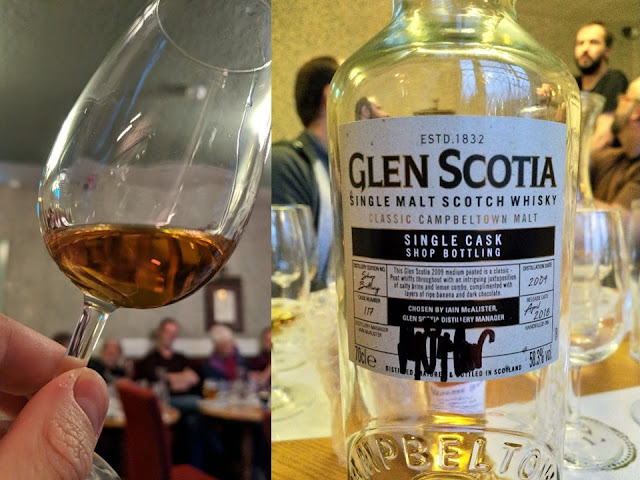 Szklanka whisky sześć – Cask #453, 19 y.o. 57.9%, £190.
Our final dram comes from the first distillation from the reopened distillery, unpeated spirit into first fill American hogshead, but then re-casked into second fill casks which previously held peated whisky. Knockout nose! Like being hit in the face by the most pleasant German train! The taste has been very well crafted, can taste the oily, gassy and warm flow as it goes down. 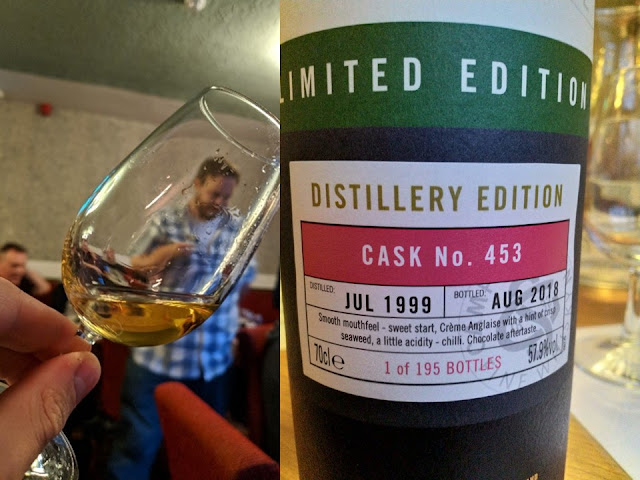 Dram of the night was a very close contest, with all six drams receiving votes. However with more peat than the others, No 3 was first past the post thanks to our resident peat heads, with #6 elected second. Many thanks to Ibon and Glen Scotia for absolutely astounding drinks tonight.

Next Month at Manchester Whisky Club, Becky will be treating the club to some delicious “Delicate Drams.”
Posted by Richard at 11:45 AM