Bringing in the New Year is often filled with resolutions such as "I'll get fit" (you know who you are) and those utter lunatics that somehow give up drinking for the entirety of the month of January.

At the Manchester Whisky Club however, we brought in the New Year the only way we know how. With whisky. Lots of whisky. To help us do this was the newest branch of The Whisky Shop which has taken up residence on St Anne's Square in the city and has quickly embedded itself as part of Manchester's retail elite. 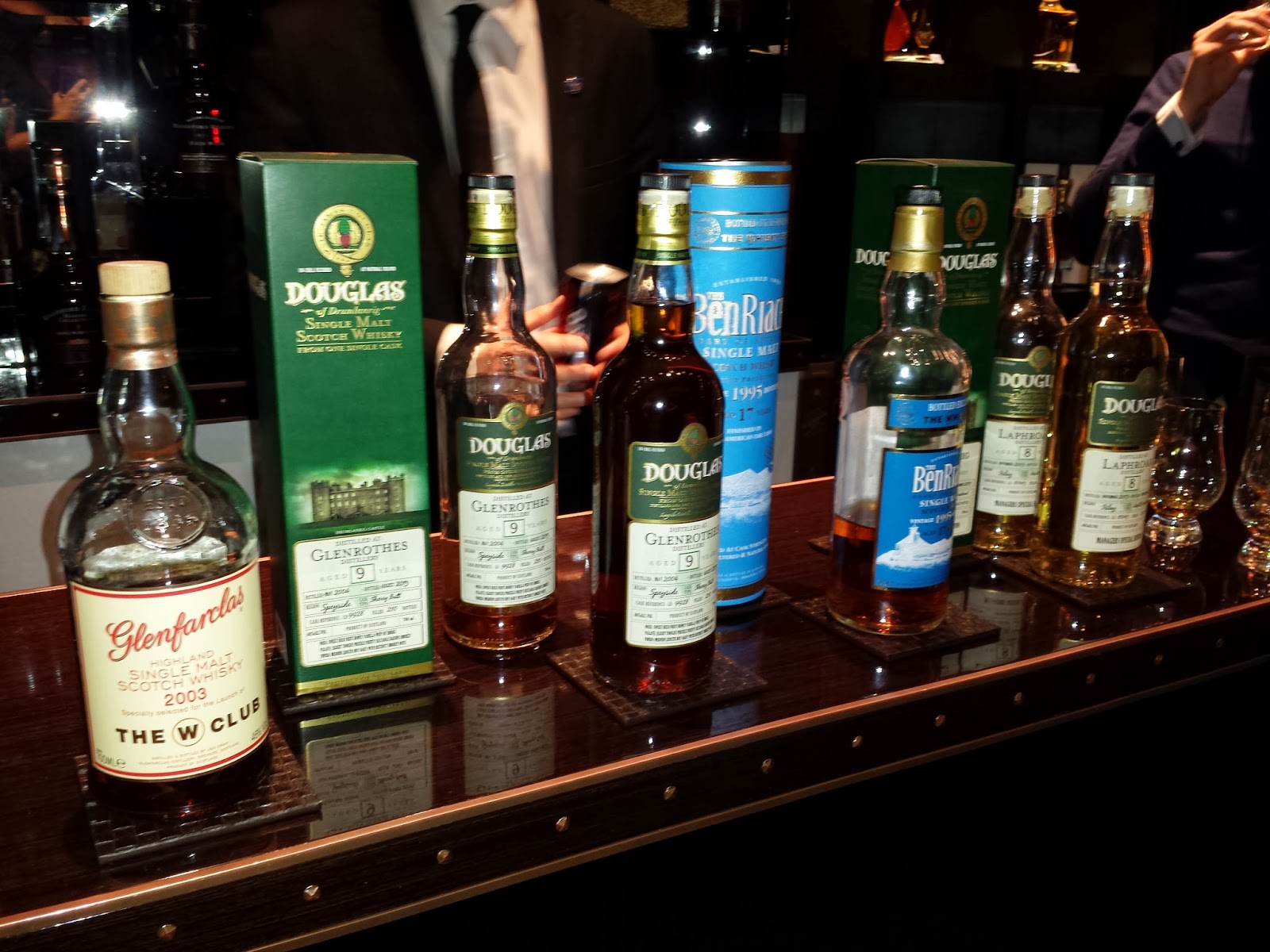 We took the opportunity for our first club 'away day' at the shop with both hands. Here Jo and Ed put on a tasting just for the club featuring the shop's ever growing range of exclusive bottlings. 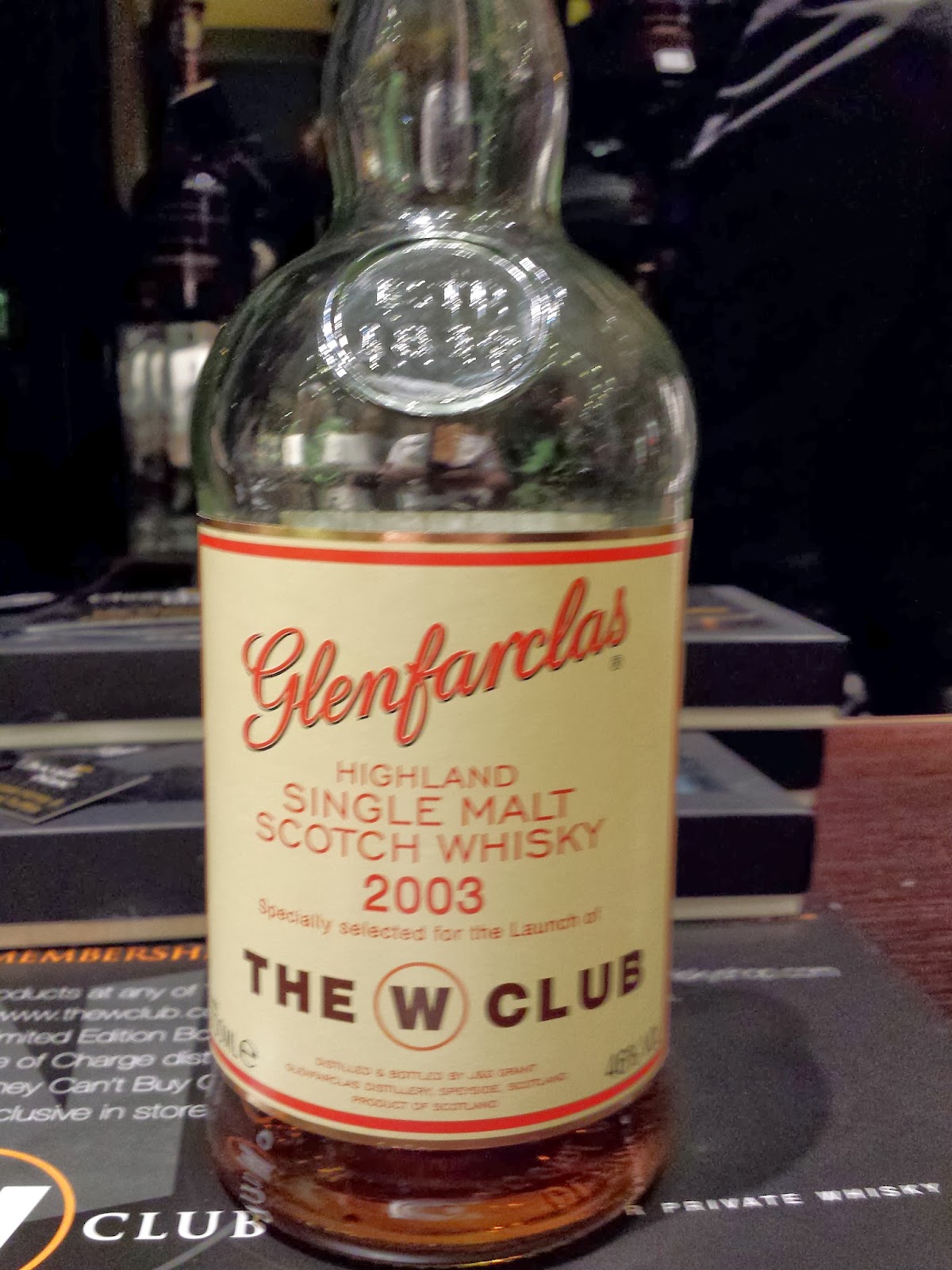 Anyone that has started exploring malts and whisky veterans alike can only but admire Glenfarclas. Both in it's traditional approach as an independent and family owned distillery, a rare thing indeed nowadays, and in the sheer quality of the whisky that George Grant and the rest of the team produce.

Albeit on the younger end of the scale for what you normally see from Glenfarclas. This bottling had been matured in first fill Olorosso Sherry casks and bottled to mark the formation of the shop's W Club in 2012.

Initially there are notes of classic Glenfarclas sherry, carrot cake and frosting, vanilla, brown sugar and nuts. The palate followed suit with brandy raisins, malt, marmalade and christmas cake. Another good expression from the Farclas stable. 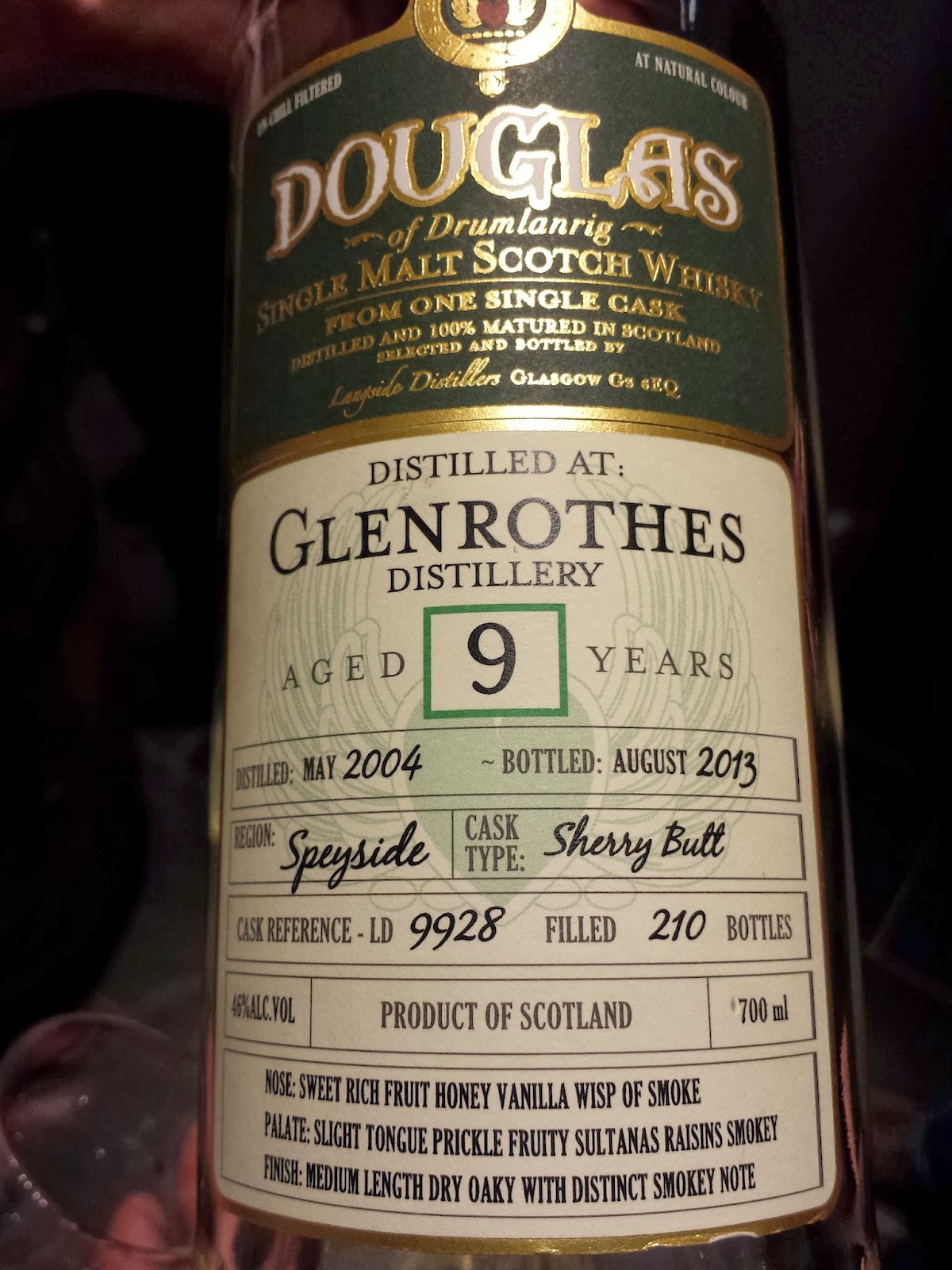 A 9yr old Glenrothes matured in a sherry butt, that appeared to be 1st fill due to it's dark copper colour. Glenrothes is an interesting Speyside malt owned by Berry Bros. This particular bottling is another Whisky Shop exclusive, distilled in May 2004 and bottled in August 2013, one of 210 bottles.

Another young whisky here although the nose would suggest an older malt, maybe of around 13-15 years. A very rich and luscious nose with citrus peels, honey and warm sponge cake. The palate followed this through with a surprisingly dry and balanced oak character. 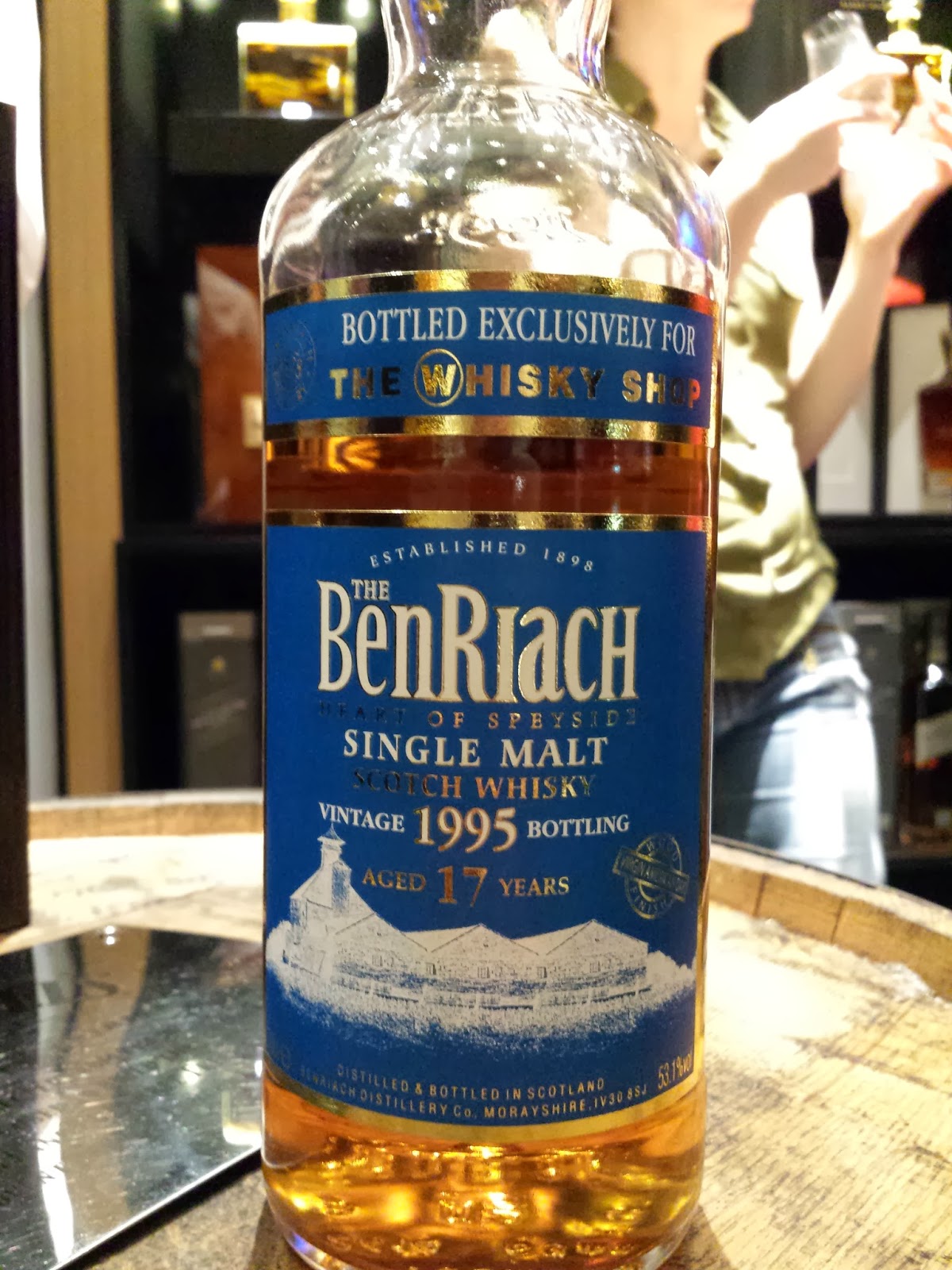 Our 3rd Speysider of the night and our 2nd bottle of BenRiach in the whisky club. This time a 17yr old cask strength beast matured in American oak and that unstoppable whisky industry fad, Virgin Oak. BenRiach are an often overlooked Speyside distillery that produces a very consistently high quality spirit and offers a vast range of affordable bottling's with many varying styles and finishes.

Without water this offered pine resin, vanilla custard, leaning towards a red rope liquorice note. The palate, as you'd expect from 53%, was full, warming and delicious. Again sweet and leading with a demerara syrup note, as mentioned by Adam on his own blog, this was very alike a good quality Rye in many a sense. A long and lingering finish was a great sign off for this great drop from BenRiach. 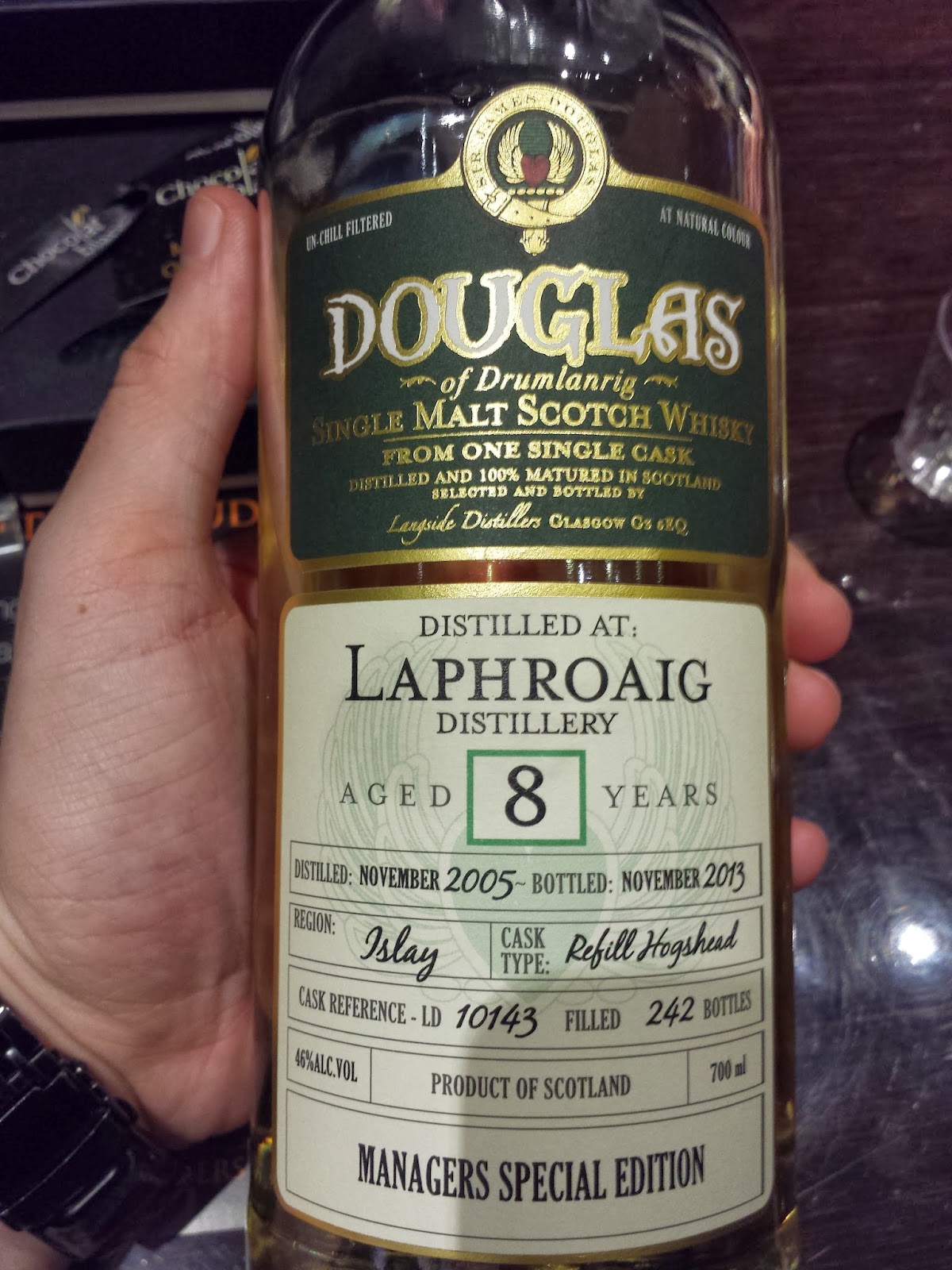 The first time you see this whisky you'd be forgiven for thinking; "Okay, very funny, who's replaced my whisky with the weakest chamomile tea imaginable?". This is a young refill bourbon matured Laphroaig bottled by the Douglas of Drumlanrig range. It's incredibly light in colour, whisky buffs with an knack for noting a whisky's colour might even struggle to use the often found 'golden straw' on this one. But the colour lulls you into a false sense of security..

Nose, oh hello Laphroaig my old friend. Smoked herring, black pepper, liquorice root and that trademark sweet peaty TCP like goodness we've come to know and love from this distillery. The palate was treated to a sudden peat bomb, although not hugely powerful, this was a well balanced peated whisky for its age. A short but continuously sweetening finish provided a chorus of "Mmmnn" from the group.


Overall a fantastic night and huge thanks to Joe and Ed from The Whisky Shop in Manchester for putting this on for us. The winner on the night? Well the Laphroaig just managed to steal top spot with the Benriach close behind. A good example of the exclusives range available here and good to see that Manchester finally has the whisky shop it deserves and that it is doing so well. 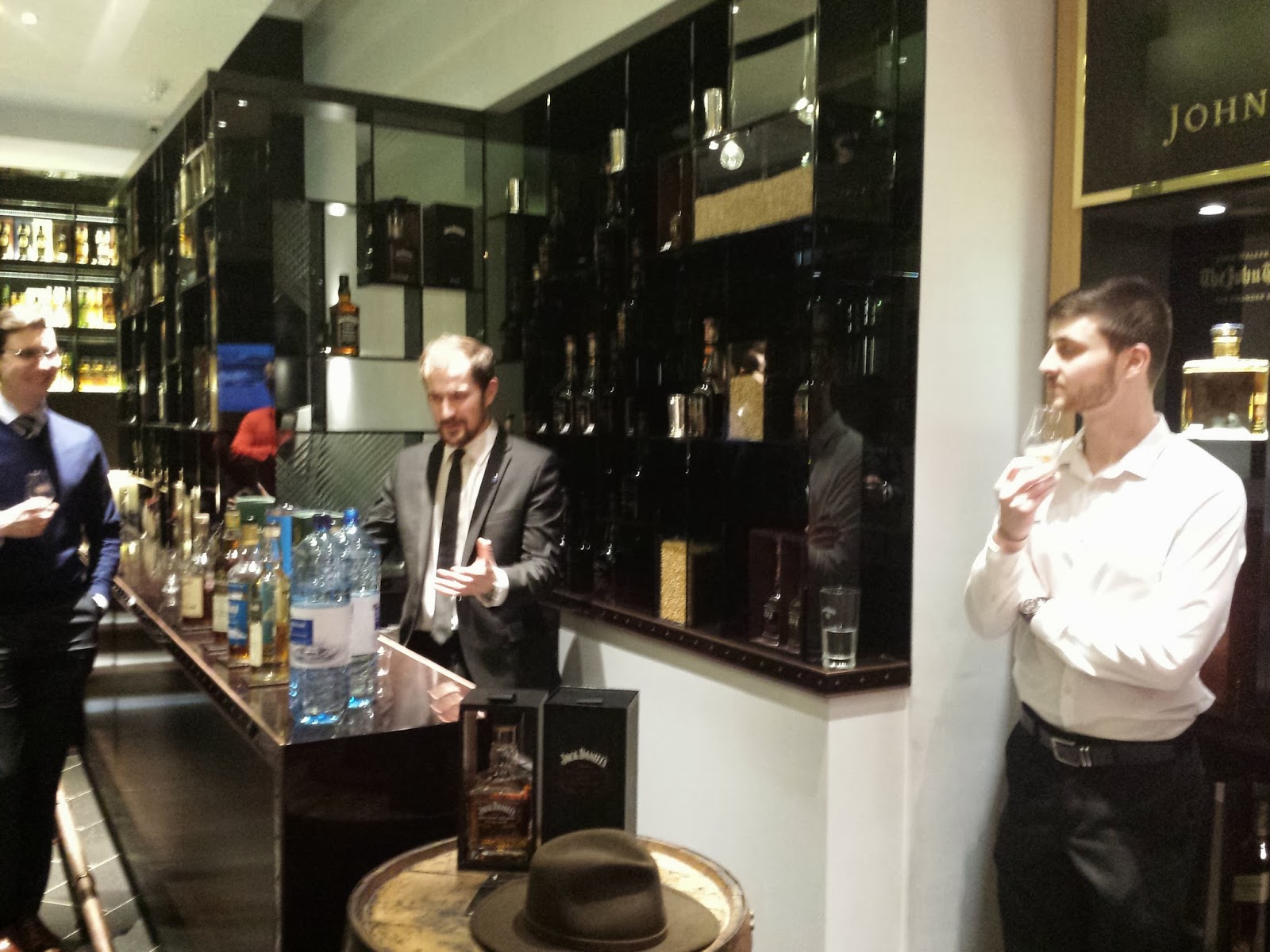 Long may it continue.